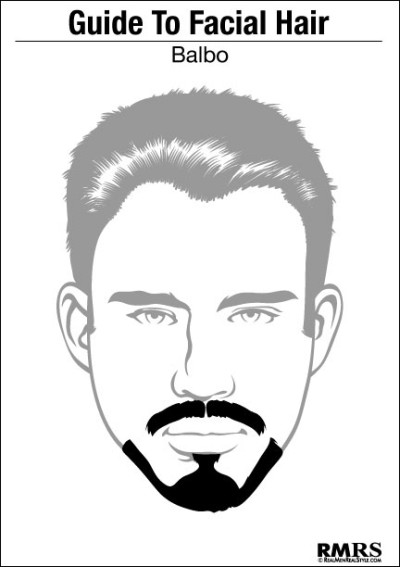 The Balbo beard style has an interesting history.

It used to be closely linked to fascists as the man who made it popular was Italian Air Marshall Italo Balbo, who was one of Mussolini’s henchmen during the second world war. In recent times though, the Balbo seems to be synonymous with actor Robert Downey Jr.

The Balbo style can be broken down into three main sections.

First, it requires one to grow a moustache.

Secondly there is the hair from the chin taking note of the patch under the lip.

The third part is the hair that is allowed to grow beneath the patch under the lip, resembling the low part of a typical beard.

For reference the Balbo should resemble an inverted “T”.

The Balbo will suit men who have narrow chins. It is also a go-to style for men who may have been aiming for the Van Dyke but have had a couple of trimming mishaps.