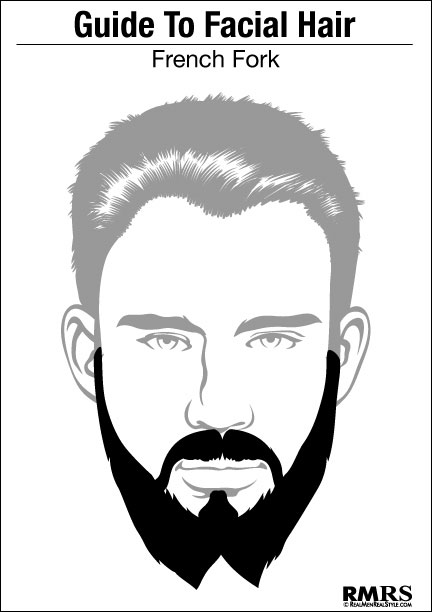 A French Fork beard is a very distinctive style.

It’s still considered a full beard look, but is characterized by hair extending past the chin and splitting down the middle in two segments and is named for the fact that original French forks only had 2 prongs.